The hourglass is a classic symbol that measures time until the sand runs out. This is a perfect allegory for life and death.

The hourglass is often seen on gravestones in conjunction with a skull and crossed bones which is symbolic of crucifixion, death, and mortality.

Winged hourglasses signify the resurrection of the dead. It can also be indicative of ‘tempus fugit’ meaning time flies. 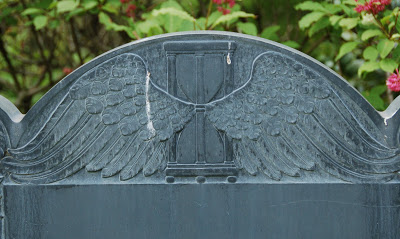 A reclining hour glass does not allow the sand to pass indicating that time stopped prematurely. It is therefore symbolic of the death of a young person.

The headstones below contain a winged hourglass, and the image of a snake eating its tail (called ouroboros) representing everlasting life.

In this last instance the hourglass symbol is an integral part of the membership badge of the American Institute of Industrial Engineers.

You would think that having lived 89 years you would have learned the value of what really matters in life. Apparently not the case for Bernard P. Hopkins whose grave is accompanied by a  marker inscribed; Legacy Of BPH: Liar . Thief . Cheat . Selfish . Unsharing . Unloving . Unkind . Disloyal . Dishonorable . Unfaithful

Not surprisingly, there are no flowers at this grave located in Morton Cemetery, Richmond, Texas. 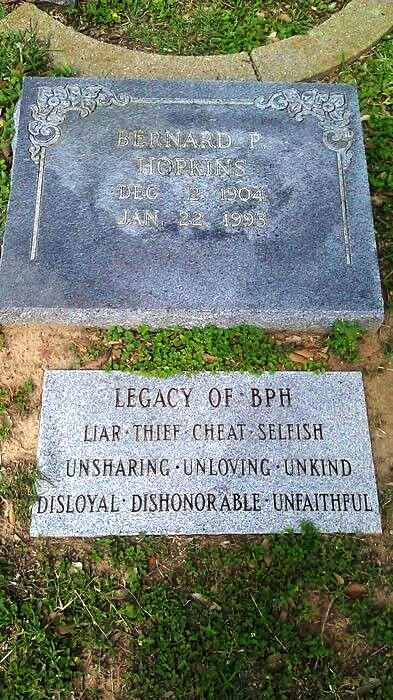 Jean-Baptiste Alphonse Baudin was a French medical doctor, a politician and a member of the National Assembly from 1849. While opposing the coup of Louis Bonaparte in Paris, Baudin attempted to motivate the workers to join the barricade by climbing atop it and was shot and killed in 1851. He was hailed as a martyr to the Republican cause.

Montmartre cemetery in Paris was the original burial site; his remains were later transferred to the Pantheon of Paris on 4 August 1889. The sculpture created by Aimé Millet in 1872 shows the bullet wound above his right eye. 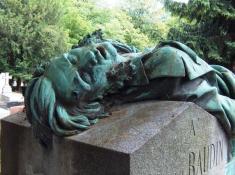 An olive branch symbolizing peace rests between the tomb and a tablet on which his hand rests. The tablet is marked La Loi translated as The Law. A headstone attached to the tomb is inscribed; In memory of Alphonse Baudin representative of the people who died defending the law on December 3, 1851. Erected by his fellow citizens 1872.

At the head of the tomb is a Masonic hexagram supporting a wreath.

The sculptured figure is so realistic that I find something newly interesting in each of these images. Light leaving the body and death taking over are suggested by shadows in the image below. It also speaks volumes through body language with head drooped to the side, feet apart, fingers resting on the ideals he fought for.

The last kiss memorialized in statuary.

A mother kisses her child for the last time as an angel looking toward heaven grasps the child’s feet.

A child, raising a blanket to cover his mother, leans toward her with a parting kiss. The monument celebrates Francesca Warzee, wife of a Belgian entrepreneur.

A young boy with hat in hand kisses the image of his sister.

Kisses between lovers always seemed to be entitled The Last Goodbye or the Eternal Kiss.

Cold in the earth—and the deep snow piled above thee,
Far, far removed, cold in the dreary grave!
Have I forgot, my only Love, to love thee,
Severed at last by Time’s all-severing wave?”
…The first verse of a poem by Emily Bronte, “Remembrance”

These human remains were unearthed in 1972 at the Teppe Hasanlu archaeological site, located in the Solduz Valley in the West Azerbaijan Province of Iran. The site was burned after a military attack. People from both fighting sides were killed in the fire, which apparently spread quite unexpectedly and quickly through the town. The skeletons were found in a plaster grain bin, probably hiding from soldiers, and they almost certainly asphyxiated quickly. The “head wound” is actually from modern-day excavators. 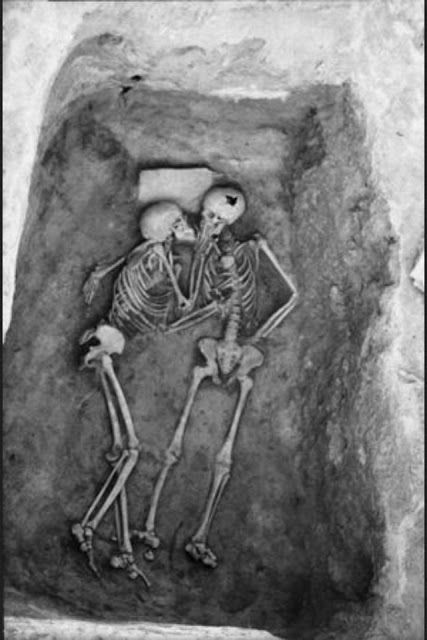 Actual shell fragments left on gravestones in pioneer cemeteries represent the journey through death and rebirth. Shells that are not part of the gravestone were left there to signify that the deceased had not been forgotten. 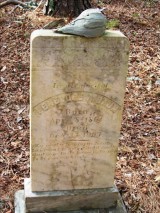 In localities near the sea, entire graves were covered with shells because this product was cheap and readily available. 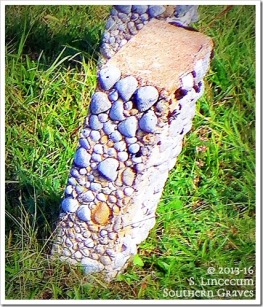 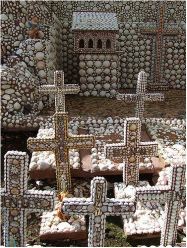 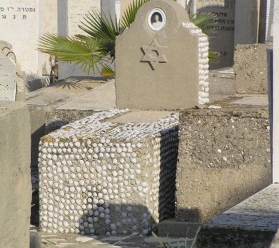 Although not a common symbol the shell most often used is a scallop shell which represents the baptism of Christ. Many baptismal fonts are often built in the form of a scallop shell. 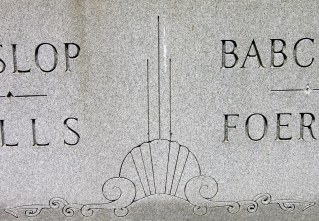 It is also a traditional symbol of the Crusades.

This large scallop shell was designed by the deceased, Ransom Cook, some years before his death. 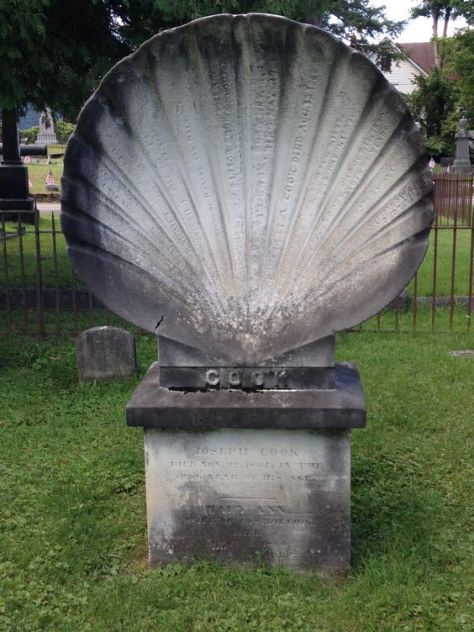 The art form of a child cradled in a scallop shell was popular in North America during the 19th century. Sears, Roebuck and Company had a contract with a Vermont marble producer to sell the shell headstone by mail order. 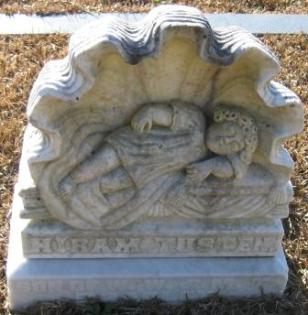 The conch shell was revered by many cultures as a symbol of reincarnation and wisdom. In Buddhism, the shell’s call can awaken one from ignorance, in Chinese Buddhism it signifies a prosperous journey; and in Islam the shell represents hearing the divine word. People in the Bakongo area of Africa believe that the shell encloses the soul (Pagans also held this same belief regarding the shell as a source of life.)

This unusual grave marker in the form of a rock symbolizes Christ (“He is my rock…” Psalm 92:15).

The two symbols carved into the rock signify that the deceased was a member of two fraternities.

The rock rests upon a stone base. A slate marker is engraved with two lines which share the same sentiments related in a poem by Robert Richardson.

The poem entitled Annette was published in 1893. The last lines of the poem by Robert Richardson reads