The first burial in Evergreen Cemetery took place in 1881, and the current 26 acre site contains over 8600 burials. Loved ones are commemorated with statues, trees and memorial benches. 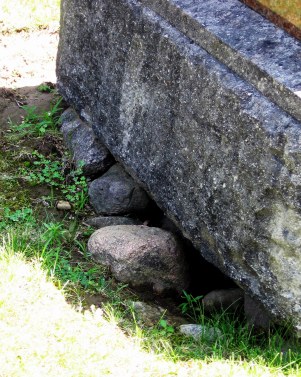 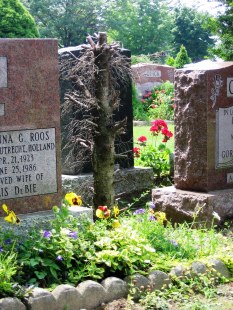 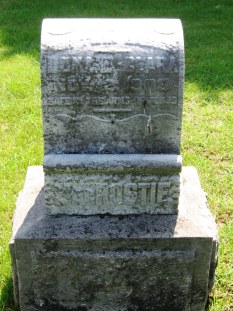 An annual Remembrance Day service is held at the Cenotaph and Cairn on November 11th at 11:00 a.m. by the Milton Branch of the Royal Canadian Legion.

Within the cemetery are numerous carvings on aging and diseased trees, and trees destroyed by storms. The wooden sculptures were done by chain saw and fine detail was chiseled by hand. After completion the trees were coated with a protective sealant. 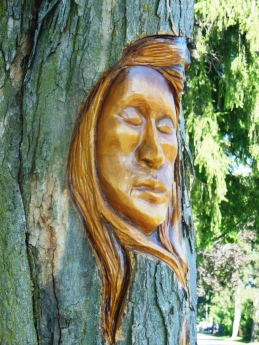 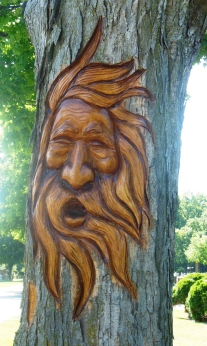 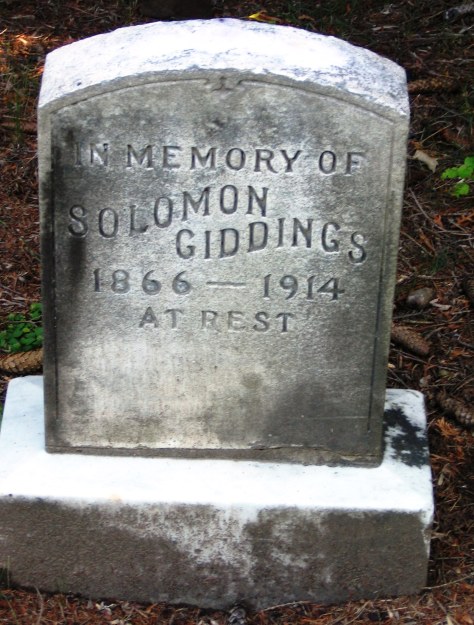 Solomon Giddings was a quarryman/labourer who lived in Milton Heights and worked at the brick/limestone mills. He died at age of 49 from hepatitis.

He was married to Elizabeth Agnes Standen a member of the Anglican church, who died in 1946 at age 79 and is also interred in Milton Evergreen Cemetery. They had two daughters Emma and Gladys, and four sons Bert, Mark, Ernest and George.

Giddings Crescent in Milton was named after their son Bertie James Giddings from Milton Heights who was a private with the 164th Battalion of the Canadian Overseas Expeditionary Force during World War I. He enlisted in January 1916 and went to France in 1918. He was wounded in 1918 and lost an eye. Born in 1898, he died in 1974. 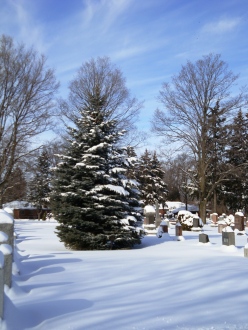 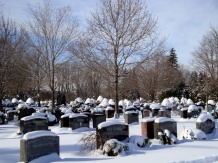 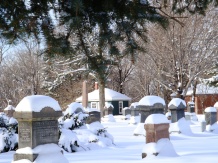 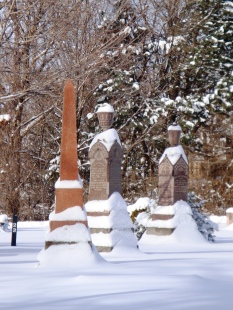 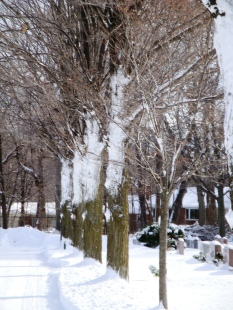