This historic Church of Scotland is located on the High Street in Dalkeith, Midlothian, Scotland. It is believed that a chapel dedicated to St. Nicholas has existed there since the early 12th Century. 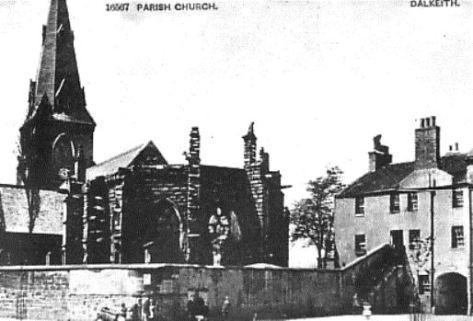 In 1406, Sir James Douglas built and founded a Collegiate Church in the same location. The church and graveyard were located in the centre of town on the north side of the High Street ensuring that no individual living within the parish of Dalkeith was required to walk further than three miles to worship. 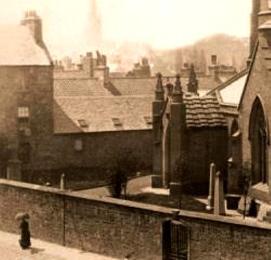 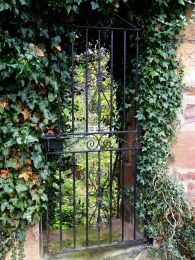 The ruined apse and chancel (areas containing the altar and the choir) contained two recumbent stone effigies marking the burial locations of Sir James Douglas, 1st Earl of Morton, and his wife Joanna, daughter of King James I. 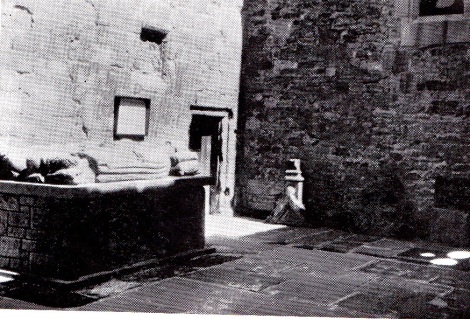 Considered monuments of idolatry by the Reformation, the apse was abandoned and sealed from the rest of the church by a wall in 1592. Some parts of the building were allowed to fall into decay following the Reformation and eventually the roof collapsed. The old section of the church remains without a roof. 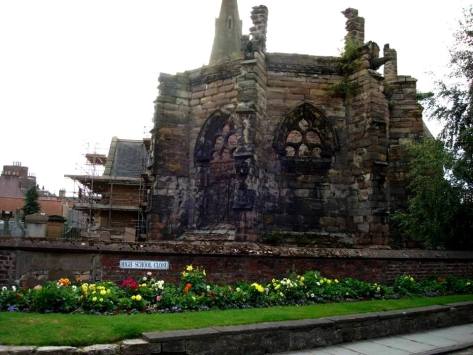 In 1650 Oliver Cromwell and his troops crossed the border into Scotland with the intention of capturing the city of Edinburgh and set up headquarters in the parish church. Soldiers broke open the poor box, set fire to furniture and used the space to stable their horses. The sacristy (a room where vestments and other things of worship are kept) was used as a prison.

In the early 18th century, the sacristy which had continued to be used as a jail became a burial vault for the Buccleuch family (Scottish peerage and local landowners). 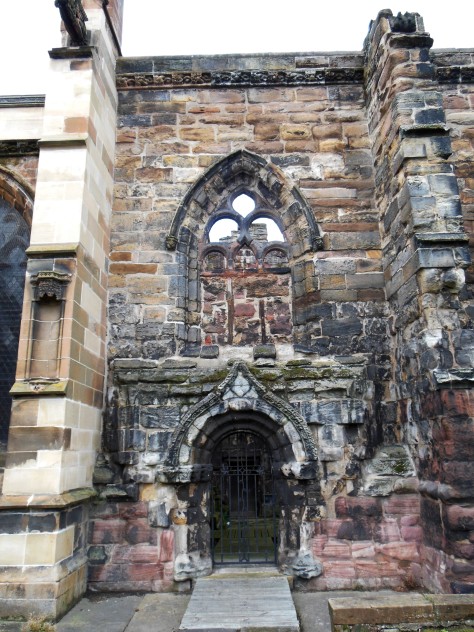 The church was greatly altered in 1854, and the walls of the original church were embedded within the present building. A fire which destroyed the steeple in 1885 caused two 300 years old bells to crash to the ground. 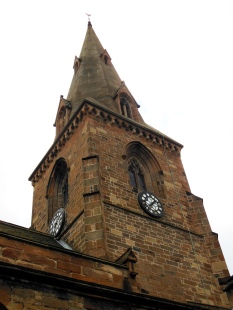 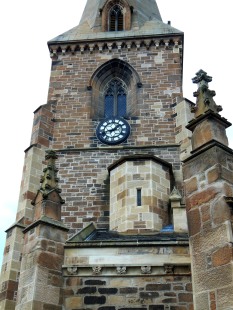 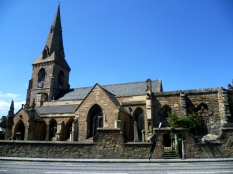 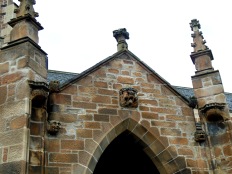 The Alms Collection House, adjacent to the main gate, is thought to be the only building of its kind: built specifically for the purpose of collecting alms. 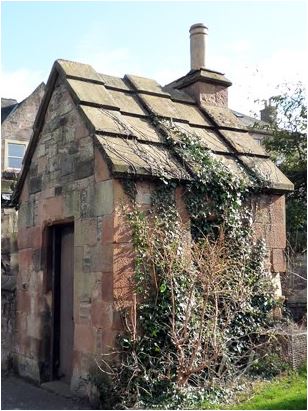