Stemming from early practises, cremation rituals were more common than burial. The shape of the container in which the ashes were placed may have been a simple box or a marble vase, but no matter what it looked like it was called an “urn,” derived from the Latin ‘uro’, meaning “to burn.”

Used as a symbol of mourning by the ancient Greeks, it was carried in funeral processions to catch the tears of those who grieved. 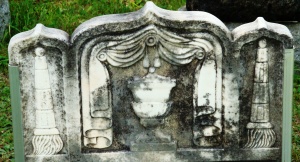 As burial became a more customary ritual, the urn was one of the most common of monuments, representing the body as a vessel of the soul and its return to dust while the spirit of the departed eternally rested with God. 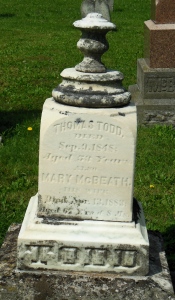 An urn draped with cloth represents the last partition between life and death. The cloth or shroud draping an urn symbolically guards the ashes as the soul departs the body for its trip to heaven.

An urn with angels on each side signifies the assistance of the deceased on its flight to heaven.

A flame (blaze) issuing from an urn symbolizes undying friendship. 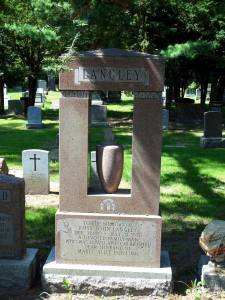 An urn with a wreath often represents the death of an older person and reflects mourning, remembrance and sorrow.

A shattered urn denotes that the deceased lived to an old age.